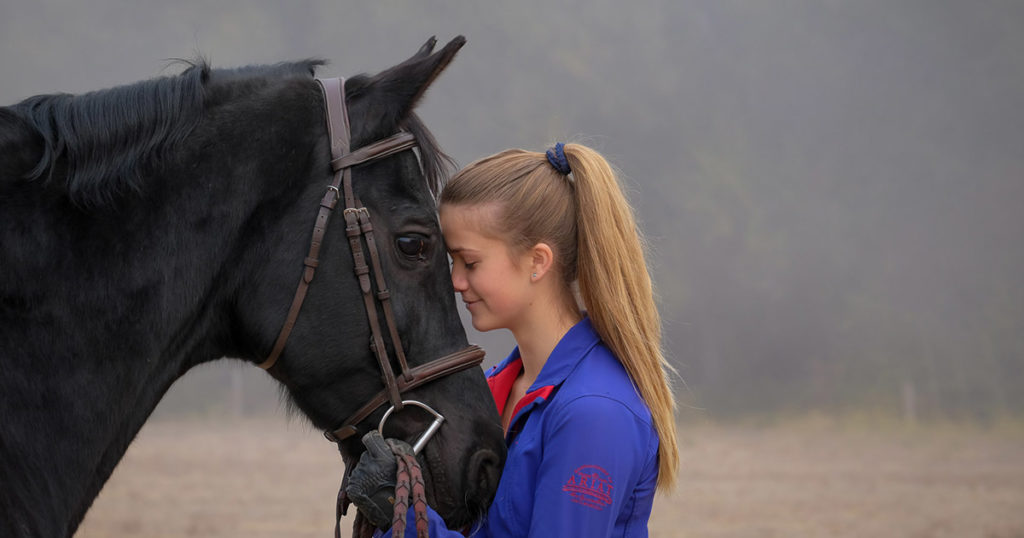 Like so many business owners, Jessica Beyer, owner of California Riding Academy in Pacifica, California, was in a desperate situation: her web site was not  loading properly and her developer was unreachable.  When finally contacted, the developer took weeks to address the issue, ultimately failing to fix the problem.   Meanwhile, a recent relocation made a functioning website a critical component of marketing her business.  Without it, new leads were not coming in.

Jessica had approached me to photograph her new location. She wanted to go past the standard imagery that her local competition had on their websites.  We decided to highlight the love riders have for their horses.  While working on the shoot, we discussed the issues she was having with her site.  After several conversations Jessica hired Webvantix to quickly fix and rebuild her site.  The problem that was causing the loading issues was quickly identified and addressed.  Then page by page, the site was rebuilt in about ten days.

With the new location already up and running, it was important to build the new site fast, while also setting it up to drive prospective clients to contact Jessica through several lead-capture forms.  Since the launch of the new site, in early December 2018, Jessica has been receiving almost a lead per day.

“In the first month after the launch of the site Preston built for us, we brought in eleven new clients from the lead form.  Each new client represents an average of $600 per month of revenue for my business.  I could not be happier with the result of my investment, and Preston continues to advise me on marketing my business. We are up to almost a lead a day, and just the other day, we got three!  It was not just a new website, it was a lifeline for my company, and for me personally.”

"We needed a new website that enabled our residents to quickly get important information. That's exactly what Webvantix and Preston delivered. The photography and video work is amazing, and people keep complimenting the whole thing. What we thought would take months was done in only a couple of weeks. We are very pleased."

"I can honestly say that without Preston our marketing and our website wouldn't be where they are today. His vision, creativity and technical know-how took us from a simple and functional website to one that is contemporary, vibrant, and user-friendly. He dug in fast and got the work done when we were against the clock."

"I started a new business and hired Preston to do my photography. After discussing what I wanted, I quickly hired him to build my site. He did the job in just days. Actually, I was shocked at how fast he did the work. Now my little site generates new clients for me every week. It's exactly what I needed because I had no idea how to do any of this. He made it happen, beautiful, fast and within my budget."

"Years ago I told Preston that I already had a website. He did ask me if was helping me find new clients, and I admitted that it wasn't. It was just there. He rebuilt it, and I've never looked back. The site has been the driver of my business's growth. Almost every day I get a request for a consultation from the site. Often new clients compliment the site, and tell me it's why they contacted me."

Learn About Our Process

Here's How We Work With Our Clients...